Modeled after onsite radio and television appearances that we have all seen at car dealers, restaurants and other consumer events, DiPietro spends three hours at the NERVDA members company doing Facebook Live videos throughout the event. He is often able to produce 6 to 7 videos, usually on the hour and half-hour. John is a New England radio and television personality, in addition to his work as a sales and marketing consultant and owner of a media marketing company that produces aerial photography and drone video. DiPietro is a frequent substitute guest for Jordan Levy on WTAG (AM, FM and iHeartRadio). Levy is the former Mayor of Worcester, MA. 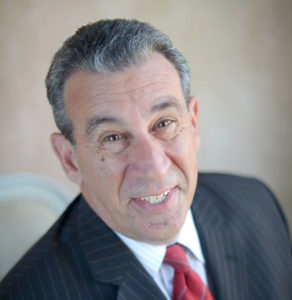 John has also had his own television shows on Worcester and Springfield television stations and enjoys interacting with people in these business settings. Being an active RVer for decades, he also knows how to make consumers and dealer personnel very comfortable during the impromptu videos he does live during the Onsite-Online promotions.

The best parts showroom in New England, and a friendly knowledgeable staff ready to assist you with all your parts needs. RV Parts, Storage for a day, month, or even yearly is available at Major's RV, RV Service, Hitches. Visit their NERVDA Video page here.

See all of the Arlington RV Supercenter videos on their NERVDA video page.

Founded by Fran and Shirley Roberts in 1959, Long View RV is one of the oldest family-owned RV dealerships in New England. This video showcases multiple generations of the Roberts family involved in running the dealership, now headed by Frank Roberts.

Conveniently Located Off Exit 21 on Interstate 91 in West Hatfield, MA 01088
Diamond RV is proud to be one of only two recipients of the Winnebago Circle of Excellence Award for the motorized division in all of New England! See all of the Diamond RV videos on their NERVDA video page.

Videos included interviews with staff members and suppliers onsite to help out with this annual sales event. View more on the Major’s RV Video Gallery page on the NERVDA consumer website. The Onsite Online videos were taken during their Columbus Day sales event.